Transition - the Benefits of Change!

Transition – what is it about change? 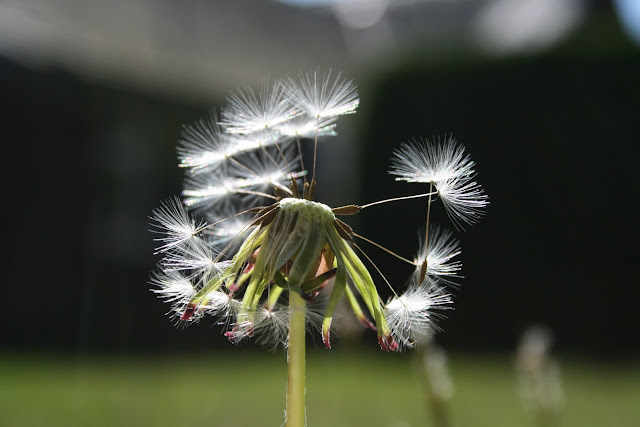 Nature changes constantly, some changes are slow and subtle while others are drastic and to us often unpredictable - cycles of life from the changing seasons to the developmental stages of animals and plants. As humans we are part of nature and part of the cycle of life from conception and birth through the different stages of maturity until death. These changes or transitions both large and small are essential in nature and part of the natural process of growth and development.
Why do some adults and children then find some transitions so hard? We all react differently to change and some humans embrace changes and thrive in an ever changing world while others need more time to adjust. What makes change so very hard for some – is it all change that is hard or only certain changes? I have come to the conclusion that it is HOW humans support each other during times of change that affects our ability to cope with essential changes.

Imagine being in a place where you don’t understand the ‘language’ – even though it is your home language, where everything is done slightly differently, where you struggle to find your way around, where others don’t realise how strange this new world is for you, where you feel incompetent and struggle to make sense of often the most basic routines. How often do we as adults experience this? How do we cope? Do we all cope in the same way? What would make it easier to cope?

These are just some of the thoughts I have as I reflect on my own recent move from Scotland to Australia. As an adult I struggled with relatively simple tasks such as withdrawing money from the cash machine – do I want ‘credit’, ‘savings’, or ‘cheque’? No, I just want cash! The jargon is different; acronyms everybody else seems to understand meant nothing to me. Different rules and regulations apply and these change depending on where you are and who you are with! Can we only cope with a finite number of drastic changes at any one time? I did wonder how many new concepts an adult can absorb in a day – I was certainly struggling ....although maybe that was partly my age!

How do children cope with transitions, do they cope better than adults, how do we best support children during changes, do we really know what they are feeling and going through?
All over the world children face regular major transitions, from being a younger child to being the BIG one, moving from home to nursery, to kindergarten, then to primary school, to high school, to university. They may be transitions from one house to another, one school to another, one town to another, one country to another. These are the ones adults realise may cause children to feel unsettled and sensitive adults will have procedures in place to support children during these changes. There are many transitions that young children face that we might not recognise as such and do not realise that they may cause some children stress and anxiety.

The different rules and expectations children experience in their own homes and those of their grandparents, family day carer, preschool  and kindergarten may seem huge to some children. Some children struggle with the transition from indoors to outdoors, from one activity to another. How can we best support these children and in fact anybody experiencing transition.

As an adult I appreciated a calm, supportive environment to allow me to become familiar with new routines. I needed others  around me to patiently explain the concepts I struggled with – and being prepared to repeat themselves – there were so many new ones that I felt in a state of confusion for much of the first two months and often needed to be told a second and even a third time. Adults who became impatient just added to my stress, made me feel incompetent and reluctant to ask again. I needed clear and concise guidelines with patient explanations of the information that was new to me. I appreciated being able to have discussions about the things that confused or concerned me. I valued being given the time to reflect, try and if necessary try again without feeling a failure at not grasping concepts immediately. Importantly I needed the adults around me to be fair and consistent in the messages they conveyed to me and also to CONSULT with me at every stage of change that affected me directly.

I believe these lessons are as important to support our young children in any changes or transitions. Caring discussions – talk about the changes and possible concerns children have, give children time to reflect and come back to us. Not all children (or adults) are verbal and we need to be able to recognise non verbal messages too. Many adults offer support by allowing children to visit a new environment in advance or ‘telling’ them about a change but I feel we need to offer children more than this as this often raises further concerns or questions. Don’t assume that because you as the adult know and have told the child that the child has absorbed everything and is ready to face the changes.

I was involved in an action research project in the UK looking at transition and when children were consulted about moving from informal to formal education some of the concerns expressed were “my mummy won’t find me”, “toilets”, “you can’t go outside to play”, “there is no slide”, “you have to eat in a biiiiiigggg hall, it’s very noisy”, “ lots of big children looking”,  “I won’t have any friends”,  “there is no sand to play in”. Allowing children to express their feelings allows us as adults to really listen and respond to any concerns. Many of the concerns expressed can be addressed before the child transitions – taking mum to the new meeting place, exploring all the toilet options, reassuring the child that they will play outside and that they will visit a slide, ensuring there will be sand, etc. The adults involved in the project commented on the fact that they had not realised how relatively small some issues were and how easily the children could be reassured in the majority of concerns – many expressed their opinion that this transition group had been the most confident they had worked with! What I felt was very valuable was that these discussions were recorded by children and adults in a variety of child friendly ways so that they could be revisited and allow children to reflect on their original concerns. I used and highly recommend using the “Talking and Thinking Floorbooks™” methodology developed by Claire Warden, Scotland.

We prepare children for the move from informal to formal education by trying to ensure that children are ‘school ready’. Unfortunately this often means that there is a strong focus on academic achievement and children are pushed to achieve this at a younger age resulting in children constantly being ‘prepared’ for the next stage in their life instead of celebrating each stage of their development. This again could cause additional stress with some children (and adults) fearing that they ‘can’t do it’! To me school readiness means a child with a high emotional intelligence (EQ) who can cope with change by being able to manage their own emotions and those of other people. (Daniel Goleman)

I feel we should celebrate each stage of development or change with the adults and children around us instead of constantly racing to achieve or reach some end goal. As caring humans we should support each other to make transition processes as positive as possible, recognising that we are all different. We have the ability and I would even say the responsibility to reduce the levels of stress that can come with change, that can be crippling and that can prevent adults and children from functioning at their optimum level.

Positive Childhood memories are created through positive experiences of life. I see this investment in time as an investment in the future potential of the person – irrespective of age!
Thank you to all my very patient friends - new and old, near and far - who supported me in the many changes and transitions I have had to cope with and am still coping with and who did not make me feel totally incompetent but valued me for who I am and for what I was able to achieve!

"God makes three requests of his children: Do the best you can ,
where you are, with what you have, now"
African- American Proverb

Niki Buchan
Newcastle, NSW, Australia
I have been called many things in my life including a matriarch, wacky lady from the woods and a challenge! I was born in Cape Town, South Africa, moved to Crieff, Scotland in 1997 and as from 2011 in Australia........guess I like challenge, to take risks and to make changes! I have become known as an advocate for children's rights to a rich and meaningful childhood. Supporting adults working with children to feel empowered to stand up for the rights of children - if we don't do it - who will?